As a congregation, we believe we are called to become, and to help other members become, mature disciples of Jesus Christ. We believe that maturity in Christ calls us to a high level of commitment and motivation. We believe that mature disciples of Jesus Christ will be active in worship, prayer, Bible reading, tithing, and missions. Mature disciples will use their spiritual gifts and talents for the Kingdom of God, will live a life full of thanksgiving and joy, and will exhibit the fruit of the Spirit. Mature disciples will possess an open and forgiving spirit, and are to strive for excellence in their own spiritual lives, and in the congregation as a whole.

Pastor Charles and his wife Lynn have called North Carolina home since 1977.  A native of Georgia, the Johnson family moved to Wake Forest where he graduated Southeastern Theological Seminary (Master of Divinity and Doctor of Ministry degree). During seminary he served as an Associate Pastor at Durham Memorial Baptist Church. In 1980, Pastor Charles joined the staff at Temple Baptist Church in Raleigh as their Associate Pastor/Education & Administration. In 1994 he was called as their Senior Pastor and served until 2009, completing 29 years of ministry. In May of 2009, Pastor Charles began assisting Samaria Baptist Church on Sunday and Wednesday evenings, called as their interim pastor and later their Pastor. He has served several Baptist Associations, the NC State Convention and Southern Baptist Convention as group leader, teacher, and director. Led Supervised Ministry classes at Southeastern Baptist Theological Seminary, served as Adjunct Professor at Campbell University, where he continues to serve on their Board of Ministers. He has written for the Southern Baptist Convention in Bible Study Curriculum, magazines and is a published author. His hobbies are painting, golfing, yard work, but enjoys being with his wife, two daughters,  their husbands and five grandchildren most of all. 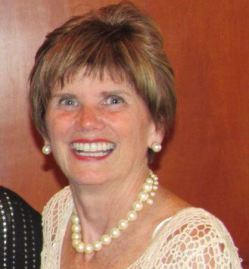 A native of Raleigh, Laura and her family have been long time members of Samaria Baptist Church. After serving over 19 years at BellSouth in the communication field, Laura joins our office and feels that this role is a continuation of her ministry to our congregation. She has one son and adores her new role as an adoptive parent to her "rescued" puppy named "Lilly." The offices are blessed to have her oversee the daily administrative aspects of our office. 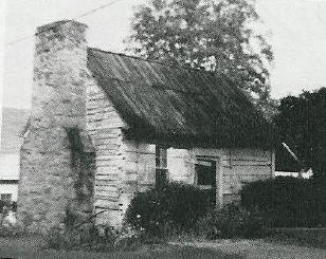 Samaria Baptist Church was founded in Raleigh in 1878. The first church building was constructed in 1878 and was named "Samaria", which according to the dictionary means "a watch tower". To the people of Samaria, it was a light on a hill. The church was a log structure converted into a four-room house and was later used as a home by the church janitor. The church was received into the fellowship of the Raleigh Baptist Association in 1878. The second building was erected in 1880 and the first pump organ was purchased in 1882. The third building was dedicated December 7, 1930. Cobblestones that were once used to pave the streets of Raleigh were used in the building of the church. 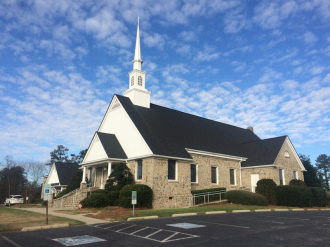 Continual growth warranted an educational building, which was completed in 1958. The church has made many other renovations through the years, including renovating the fellowship hall and dedicating the baptistry. In 1998, our congregation completed a renovation of our educational facilities. Our congregation is currently involved in many ministries, both local and global, and is seeking God's guidance for our future. We believe that the same God who has lead us in the past continues to lead us into tomorrow. With continuing dependence on the wisdom of the Spirit, connection with our Baptist heritage, and recognition of the power of our story, we embrace the future that God has in store for us. 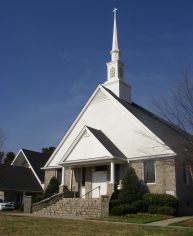 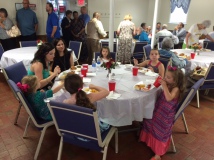